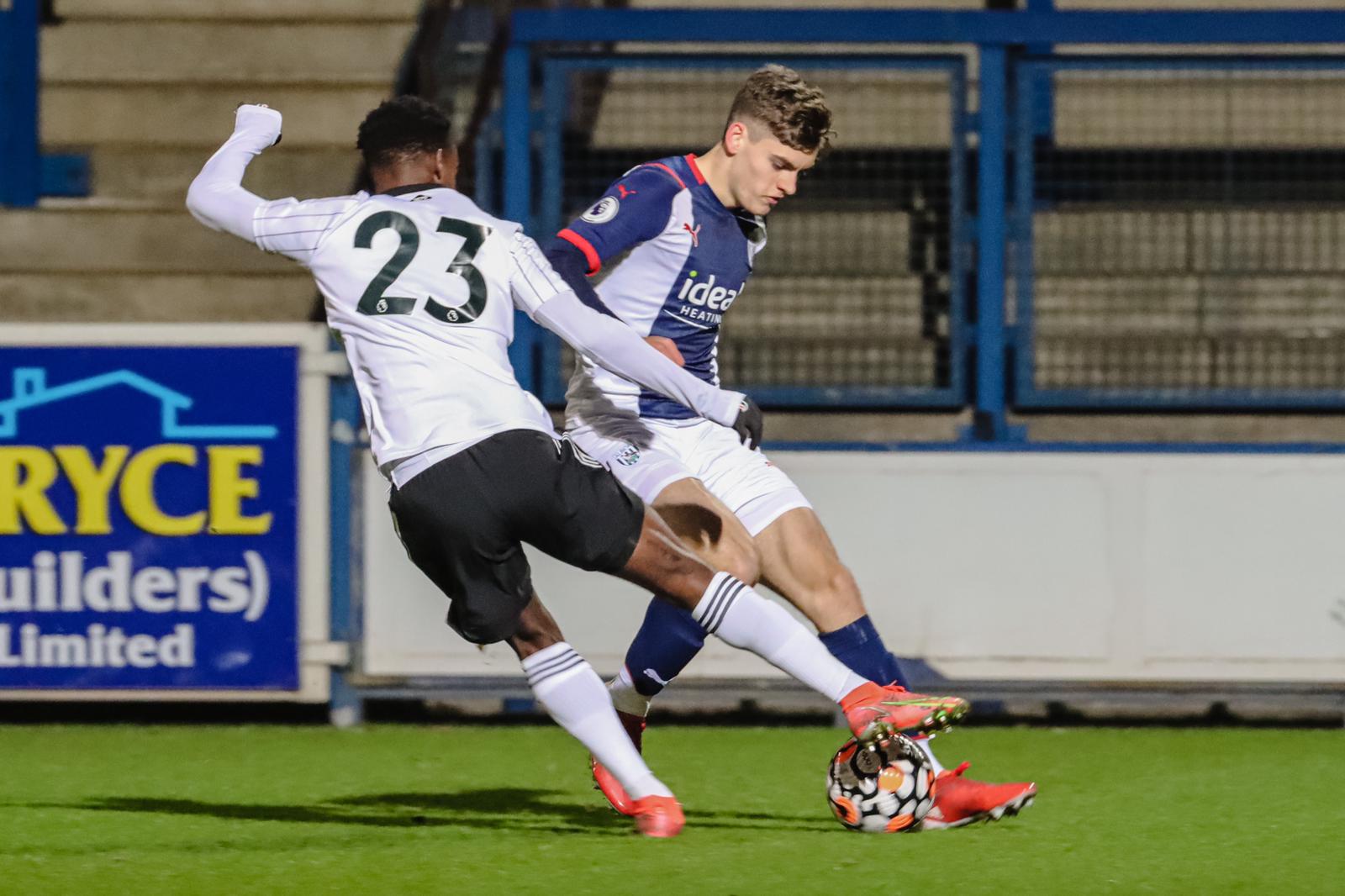 Albion's PL2 side suffered just their fourth league defeat of the season against Fulham on Monday evening at the New Bucks Head.

Mo Faal and Jamie Andrews had levelled the scores going in at the break, but the away side proved too strong as they ended the young Baggies' unbeaten home record in Telford.

It didn’t take Albion’s front three long to combine on the night as Owen Windsor, Faal and lastly Reyes Cleary linked up for a shot on target in the opening seconds. And it was only Cottagers stopper George Wickens who prevented them seizing the initiative, diving low to stop Cleary netting another goal on home soil.

But Fulham’s position in the league table showed when they had their first opportunity, pouncing on an unfortunate deflection off Jamie Andrews to give Kieron Bowie a sight of goal. Despite rounding Baggies keeper Alex Palmer, the Fulham forward was off balance and smashed his chance wide.

After withstanding some strong pressure from the visitors, Faal had a great chance to punish them following great link-up down the left wing. Fellows and Cleary combined to put a cross onto the unmarked target man’s head, but stopper Wickens was there to claw it out.

Albion were soon made to pay, though, and there was nothing Palmer between the sticks could do to save it, as midfielder Adrion Pajaziti volleyed an unstoppable effort into the far corner to give Fulham a deserved lead.

Boss Richard Beale was demanding a response from his side and got one when a fantastic driven pass from Jamie Andrews sent Tom Fellows into the box, and if not for a recovering Cottagers defender hooking the ball off the line, the hosts would’ve been level.

But they soon were when terrific hold-up play from Cleary allowed him to square the ball on a plate for Faal, who squeezed home the equaliser past Wickens.

And in the space of four hectic minutes, the visitors both regained and lost the lead again. Sonny Hilton pounced on a defensive mistake to make it 2-1, before Cleary won a spot-kick for Beale’s men.

A spin and burst of pace forced a Cottagers defender to haul the dangerous attacker down, and Andrews remained cool to level the contest once again going in at the halfway mark.

The second 45 had a lot to live up to but with both sides hunting a decisive goal, chances were scarce.

Like in the first half, though, Fulham would be the ones to strike first as Ollie O’Neill finished off a sweeping move by guding a low shot into the bottom corner to restore the away side’s advantage.

Minutes later, they added another when O’Neill netted his second from an identical scenario, presenting the Baggies with a tough test to overcome at 4-2 down heading into the final 15 minutes.

And it proved too much for Albion’s youngsters as they fell to just a fourth defeat in the Premier League 2 Division 2.